Last Thursday saw the 12th annual celebration of Rare Disease Day – an international day of recognition when hundreds of events take place around the world. The purpose of these events is to honor and recognize the struggles of rare disease patients, families, and caretakers; educate the general public about the prevalence of rare diseases; and bring together policymakers, researchers and healthcare professionals to join forces and discuss ways to best support the rare disease community. It’s a daunting task to be sure, but one of immeasurable importance and one we must rise to as an industry.

The United States defines a rare disease as a condition afflicting fewer than 200,000 persons, a threshold established by Congress in the Orphan Drug Act of 1983. Rare diseases impact over 30 million people in the U.S. today, 50% of whom are children, and countless more around the world. In fact, more than 1 in 20 people will be diagnosed with a rare disease during their lives – a fact made even more mindboggling when you consider that the majority of the 7,000+ known rare diseases have no cure.

Rare Disease Day began in Europe and was first celebrated in 2008 on February 29th, a ‘rare’ date that occurs only once every four years. Ever since then, Rare Disease Day has taken place on the last day of February each year. The movement has grown steadily, with the United States joining the ranks in 2009, swelling to over 100 participating countries in 2019.

Boston’s annual event features a two-part panel presentation. One panel invites members of the drug development industry, including pharmaceutical executives, patient advocacy liaisons, and healthcare providers, to share their organization’s innovations, challenges, and successes in meeting the medical needs of rare disease communities. The needs of people living with rare diseases are as varied as the conditions themselves and, as a result, one overarching theme of this year’s industry-focused panel was the undeniable benefits of involving patients and families in the clinical development process – early and often. When he was asked at what point a clinical development team should start consulting patients, Dr. Gilmore O’Neil, Executive Vice President of R&D and Chief Medical Officer of local biotech, Sarepta Therapeutics, said simply “you can’t start early enough”. Dr. O’Neil stated that engaging with potential participants when drafting the initial trial protocol is the best practice. This helps clinicians learn which endpoints are most important and have the biggest impact in the lives of patients and families. Ms. Marta Farino-Silva, Associate Director of Global Operations and Patient Advocacy at Aegerion Pharmaceuticals, went on to say that so-called ‘patient-centric’ approaches are ultimately ineffective if it’s not forefront in every aspect of a company, “from finance to manufacturing.” After all, as Ms. Farino-Silva reminded us, “everything you do is ultimately for the patient.”

The second panel features patients, caregivers, and advocates who share their stories with the audience. Those stories usually begin with the difficulty of finding a diagnosis and the odd mixture of relief and anguish when one is finally identified. Some stories center on a family history of perplexing symptoms and shared struggles. Others describe the loneliness and uncertainty a person experiences when they don’t know a single other person who shares their condition. This portion of the morning leaves the audience inspired and in awe when participants describe the empowerment they find in becoming advocates: partnering with pharmaceutical companies to influence the design of clinical trials, organizing fundraising efforts for research, and meeting with legislators to help reshape healthcare and insurance policies to better care for those living with rare diseases. Indeed, when the last panelist finish speaking the entire room jumped to their feet to give them an enthusiastic and heartfelt standing ovation.

One thing every audience member at Rare Disease Day learns is that when a person lives with a rare disease, his or her family lives with it too. Especially given that so many rare conditions disproportionately affect children, the lion’s share of their daily care falls to their parents. In his address Dr. O’Neil told the audience that when it comes to getting real world input in clinical trial design, the “caregiver is enormously important.”

Another reoccurring theme in patients’ stories is the prolonged and challenging path to diagnosis that most rare patients experience. According to the rare disease advocacy organization, Global Genes, it takes the average rare disease patient 8 years to find an accurate diagnosis, a period during which they will have seen more than 10 specialists and been misdiagnosed 3 times. It is this challenge that gave rise to the zebra anecdote now commonly applied to rare conditions. For decades, American medical students were taught, “When you hear hoof beats, think horses, not zebras.” Of course, this approach makes sense when applied to the vast majority of cases which turnout to have common causes – or, horses – so it’s not hard to understand the good intent behind it. Unfortunately, this approach can mean that those patients with rarely seen causes behind their symptoms – or, zebras – often go through round after round of testing before their physicians begin to suspect less common explanations. As global awareness around the prevalence of rare diseases grows, patient advocates tirelessly lobby policymakers and clinicians alike to remember the zebras in the course of their work.

Rare Disease Day is an important event that is both heart wrenching and inspiring. It shows us how far we’ve come as an industry and how far we still have to go. Most of all it reminds us why we can’t give up the pursuit of new cures and treatments for rare diseases.

The United States defines a rare disease as a condition afflicting fewer than 200,000 persons, a threshold established by Congress in the Orphan Drug Act of 1983.

OLDER: Highlights from the 2018 CDISC US Interchange NEWER: Illuminating Results from a Natural History Study 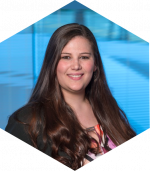