Patient-reported outcome (PRO) instruments, such as patient-completed (or interviewer-administered) diaries, questionnaires, and visual analog scales (VAS), have been a part of clinical research for many years. The sponsor’s objective in using PRO instruments is to measure the clinical effects of treatment, especially for parameters that are difficult to measure objectively, like pain.

At first, PRO instruments were completed on paper. For multiple-choice instruments and VAS’, such as a 0- to 10‑point pain scale, hard copy was not a difficult format for the patient or the sponsor to use. However, instruments with items requiring a written response often led to additional data entry and cleaning time due to poor handwriting. All paper forms allowed “parking lot syndrome,” in which the patient did not complete the form when requested (e.g., a certain time after taking drug) but did so, from memory, just prior to the next study appointment.

Beginning in the early 2000’s, to try to mitigate some of the drawbacks of collecting data on paper PRO instruments, some sponsors switched to PROs reported on dedicated electronic hand-held devices. While this approach solved some of the problems of paper reporting, new challenges developed. The need to load the program on each piece of hardware individually, provide hardware repair/replacement, collect the hardware, and download the data at the end of the trial, made this an expensive option.

Subsequently, the use of cell phones and the spread of wifi made wireless communication commonplace and opened the door for an easier electronic means of collecting PROs. Today, many sponsors use these available technologies in clinical studies. Patients submit their responses and experiences on devices with which they are already familiar, such as computers, cell phones, or tablets. Sponsors have immediate access to these data, which facilitates continuous data cleaning during the study. Study conduct issues, such as misunderstanding of questions or lateness in reporting, are identified early in the study or early in a site’s participation. In short, rapid handling of both data and administrative issues shortens overall project time, which controls costs.

The use of electronic PRO (ePRO) instruments, available on study portals, still has some challenges. Device size, and text size on a device, may require modification for some physically challenged and elderly patients. Possession of a personal device may be an economic challenge for lower-income patients. With these considerations in mind, sponsors will still have to invest time and money into the best implementation of ePRO instruments. Nevertheless, direct patient entry of data, and storage in a sponsor-accessible, hosted data base, has increased the feasibility of including PROs in clinical research. 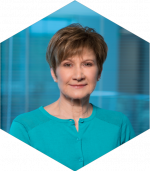