Recently, the Medical Writing Team at PROMETRIKA completed our second New Drug Application (NDA) submission within a year.  The process of developing the suite of documents for each submission – including the integrated summaries (ISS and ISE), clinical summaries (SCS and SCE), and clinical overviews (COS and COE) of safety and efficacy – involved much collaboration among the writers, biostatisticians, and the sponsors’ clinical development teams.  Without it, the team would not have been able to meet the tight submission timelines set by the sponsors.

With our experience fresh in our minds, we read the article “A Pilot Survey of Strategies for the Development of Clinical Summary Documents” in a recent issue of the American Medical Writers Association Journal.  How similar was our experience to other writers who developed submission documents?

Authors Nancy Katz and Linda Fossati Wood sent a survey to 188 professional contacts who were likely to have been responsible for at least 30% of the content of an ISS, ISE, SCS, or SCE within the preceding two years.  Sixty-eight respondents had the required experience.  The majority of these 68 respondents had 5 or more years of experience writing summary documents, worked in a pharmaceutical or biotechnology company or contract research organization, lived in the United States, and submitted drug applications to regulatory authorities in the Unites States or European Union.  Most of these respondents worked on the SCS (84%) or SCE (79%); fewer worked on the ISS (62%) or ISE (47%) because they are not required in all submissions.

As detailed integrated analyses of efficacy and safety, the ISE and ISS differ from the more condensed SCE and SCS.  Although the emphases of these documents are different, respondents used similar techniques of authoring new text, adapting text from other documents, and inserting text from other team members to develop all four documents.

When asked directly about the techniques they used, respondents most frequently wrote new text for the discussions and conclusions sections of the ISE (84%) and ISS (76%) and the optional conclusions sections of the SCS (90%) and SCE (78%).  The introduction to the SCE was almost always (94%) a mixture of new and repurposed text, and the optional introduction to the SCS was adapted from the introduction to the SCE (79%).  The majority (56%) of respondents reported inserting text from another team member in the Postmarketing Data section of the SCS; the sponsor’s pharmacovigilance group would usually provide this information.

According to the survey, most respondents multitasked, collaborated with other writers, and, implicitly, worked under tight timelines.  More than 60% of lead writers of an ISE or ISS also made substantive contributions to the SCE or SCS.  When different writers wrote the related documents, about 80% of ISS and ISE lead writers developed plans to align the content of the SCS and SCE.  Majorities adapted ISS/ISE content for the SCS/SCE (57% and 59%).  Meanwhile, 85% of respondents reported concurrent development of summary documents and clinical study reports (CSRs), a practice that has become commonplace in the highly competitive drug development sector, as Sponsors seek to obtain regulatory approval as soon as possible after the end of a clinical development program.

The experience of the PROMETRIKA Medical Writing team in authoring submission documents was similar to that of the survey respondents.  For both submissions, the final CSRs were not complete when we started authoring the summary documents; in one case, we completed the final CSR in parallel with the summary documents.  We coordinated authoring of the related safety and efficacy summary documents and communicated changes in one document to all authors to maintain consistent messaging.  Most of results sections were original text based on the pooled statistical analyses, other sections were adapted from other source materials in the clinical program, and some sections were provided directly by the sponsors’ subject matter experts.  Both our experience and that of the survey respondents show the value of writers’ intellectual and interpersonal skills for the completion of a successful regulatory submission.

OLDER: Best Friends, Best Practices: The Synergy Between… NEWER: SDV - What is it good for? Absolutely nothing? 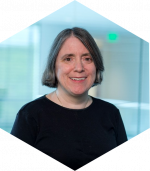 Ms. Quagan has worked as a medical writer for over 20 years. She develops clinical documents in all phases of drug development and has supported many sponsor drug programs by writing clinical study reports, protocols, investigator brochures.