Hwang et al.[i] completed a study looking at 640 phase 3 trials investigating novel therapies and found that 54% of these projects failed in clinical development; 57% of the failures were due to inadequate drug efficacy.  This means that 43% of the projects that failed were due to reasons other than the efficacy of the drug.  It is likely that many of these failures were due to operational deficiencies.  It is important to consider that a Sponsor’s investment in a trial is not only the investment made for the phase in which the project fails, but all investments from discovery leading up to the failure.

The goal of the CRO and Sponsor must be to work collaboratively to avoid late stage failures and to invest in the most promising operational strategies to advance a drug to market.  It is universally recognized that the following are three of the top concerns of Sponsors:

Taking the time to invest in early feasibility studies and strategic operational planning can save Sponsors high sums in the long run.  It is through this early analysis investments that it may be recognized that implementing the trial globally may be the best solution to combating these top three concerns.

Biotechnology and pharmaceutical companies are constantly striving to create compounds and devices that address the demands of society.  The rising number of registered clinical trials indicates that there is competition within the market, which places pressure on Sponsors to advance their therapy through the process as quickly as possible to ensure that the treatment is still relevant.  Long project timelines and delays can have secondary impact on a project’s success, such as losing investigator interest, a diminished participant population, and increased spending.  Sources have indicated that Sponsors are able to complete phase 3 trials up to 6 to 7 months earlier by expanding into emerging markets.[i] [ii]  One of the key drivers to the observed expedited timelines is a decrease in recruitment time because of the larger patient populations interested in participating in clinical research in these under-represented countries.

According to research released by the Tufts Center for the Study of Drug Development (CSDD), the cost of conducting clinical trials in many of these emerging countries is half that of the US and the UK.  Figure 2 shows the costs reported per select countries. 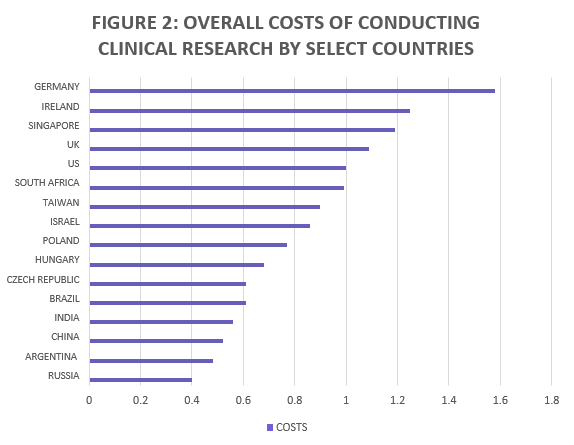 Source: Dr. Ken Kaitlin, Tufts Center for the Study of Drug and Development (2008)

Research and experience has shown that limiting study sites to Western Europe and the US, has resulted in an inability to reach patient targets and a non-diverse patient pool.  Additionally, the interested population is often not the best representation of the demographic that is most impacted by the indication.  According to a white paper published by Frost & Sullivan, Asia, due to its population, data quality, patient interest and similarities to Western disease patterns, is specifically well positioned to become a preferred destination for clinical trials.[iii]

Sponsors must hit enrollment numbers to make their findings meaningful.  Opening enrollment to countries with limited access to healthcare and medicine is another reason to globalize.  Clinical trials provide patients access to treatment options that they would otherwise likely not have.

[ii] Ernst R, Berndt IM, Cockburn FT. The globalization of clinical trials for new medicines into emerging economies: where are they going and why? Micro evidence on innovation in developing countries; Maastricht, the Netherlands: UNU-MERIT Conference 2007. p. 1-47.

OLDER: How Risk Based Monitoring Fits into an Overall… NEWER: PM Considerations for NDA/MAA Submissions 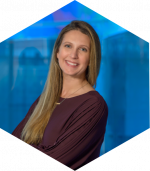