The thinking on monitoring of clinical studies has been changing over the past several years, so now is a good time to reassess the place of SDV and SDR in the operation of clinical trials.

Now hold on, 100% SDV has been the industry standard for years, and what, even, is this SDR thing?

That sounds all well and good, but with so many companies doing 100% SDV, isn’t that some sort of requirement anyway?

Well, no. Federal regulations on clinical research don’t define a minimum or maximum amount of SDV (Oversight of Clinical Investigations — A Risk-Based Approach to Monitoring, Guidance for Industry, August 2013).  The thrust of the regulation is that there should be processes in place to monitor the study to ensure that it is run according to GCP principals, and that it generates high quality data, so that the outcomes of the research can be trusted.  In this sense, the traditional idea of monitoring as having a person on-site verifying CRF data is only a small part of the picture.

But if we’re talking about data quality, it would make sense that verifying all CRFs would ensure the cleanest data.

On first pass, that would seem to be true, but there is a good body of literature to indicate this is not the case, such as Cheetz N, et al., Thera Innov & Reg Sci. 2014 or Andersen JP, et al., Brit Clin Pharm. 2015.  In short, 100% SDV is unlikely to catch much of importance that would not have been identified by data review or other means that can be done centrally and remotely; there is minimal return for the degree of monitor time and effort required by 100% SDV.  Wouldn’t it be better for the monitor to use some of those hours on other critical tasks?  Important monitoring steps like reviewing the completeness of the investigator study file or ensuring the pharmacy is handling study drug correctly often get displaced by the need to get through just a few more CRFs.

Quite a bit, and certainly more than we can cover here, but as mentioned earlier, monitoring (including SDV and SDR) is only part of the bigger picture of ensuring the quality of a study and its data.  To reduce the risk of data discrepancies, protocol deviations, and other potential errors, the key is to create study specific processes and systems to minimize the chance of events that negatively impact the study.  These processes may include some degree of SDV, SDR and other risk management strategies.  There also should be periodic reassessments of how these strategies are working, to allow for the adjustments needed to maintain or improve the overall quality of the study.

Would monitors also be happier for not having to grind through every CRF?

Probably!  Though I haven’t seen published research on that just yet! 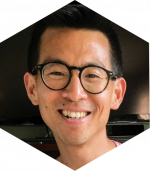 Andrew is a Sr. Clinical Trial Manager with 14 years’ experience in oncology clinical trials during the week and a cycling enthusiast on the weekends.